Some of the most beautiful work of this craftsman, and many others, are in this book “Liège Gunmakers through their Work. 1800 - 1950”.

Rifle of the type Remington Rolling block, imitation of Liège of a weapon of Swiss shooting of precision. The trigger guard is with volutes, the aiming with cursor, the stick with cheek ending in a plate of layer with hook such as the Swiss rifles.

It is in gauge 6 mm Flobert, the gun is striped.

It carries the punches of the bench of tests of Liege, that is to say:

I have several named arms manufacturers LAGAUCHE in store with knowing:

Lambert LAGAUCHE, street St Léonard, 147 in Liege. (1869/1944) In 1896, it deposits a Belgian patent for a system of longuess ejector for double-barrelled guns.

At its hours, he was also a spare-time painter. One of its work, an arms manufacturer in room, was used as cover with the book LES ARMURIERS LIEGEOIS EN CATALOGUES which you can see on the site (Belgian weapons - publications of our collaborators)

LAGAUCHE unknown first name, brother of the precedent, poet at his hours, lived street Dony, 30 in Liege about 1890.

I do not know which is the S Lagauche but I will carry out some research. 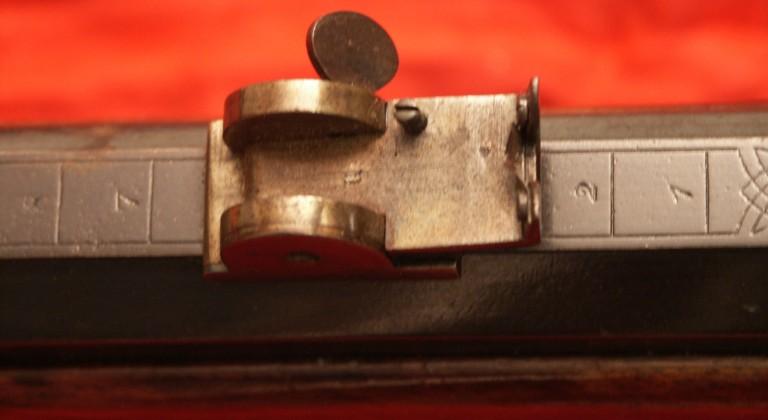 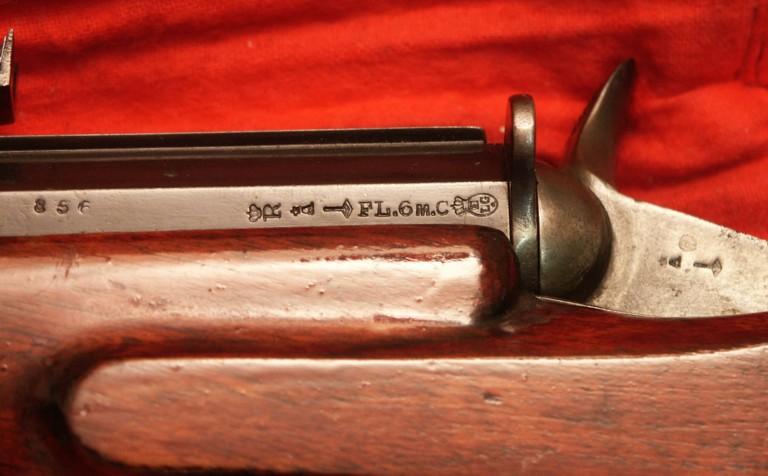 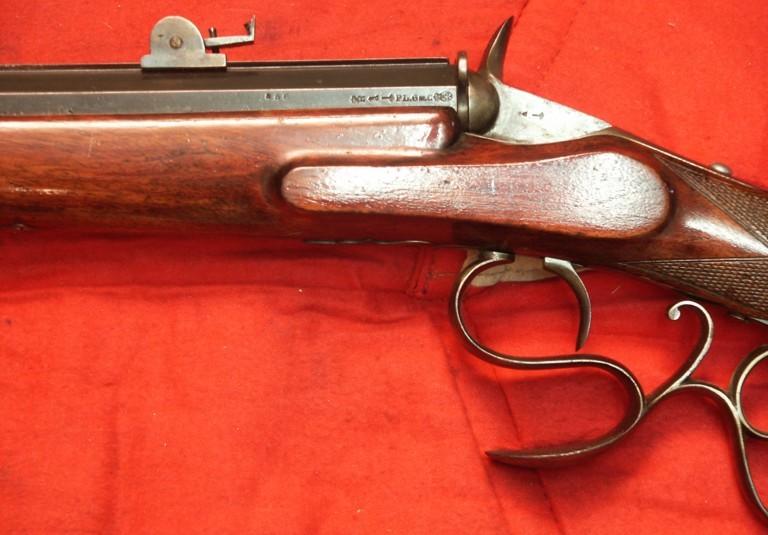 Back to "Private collection"